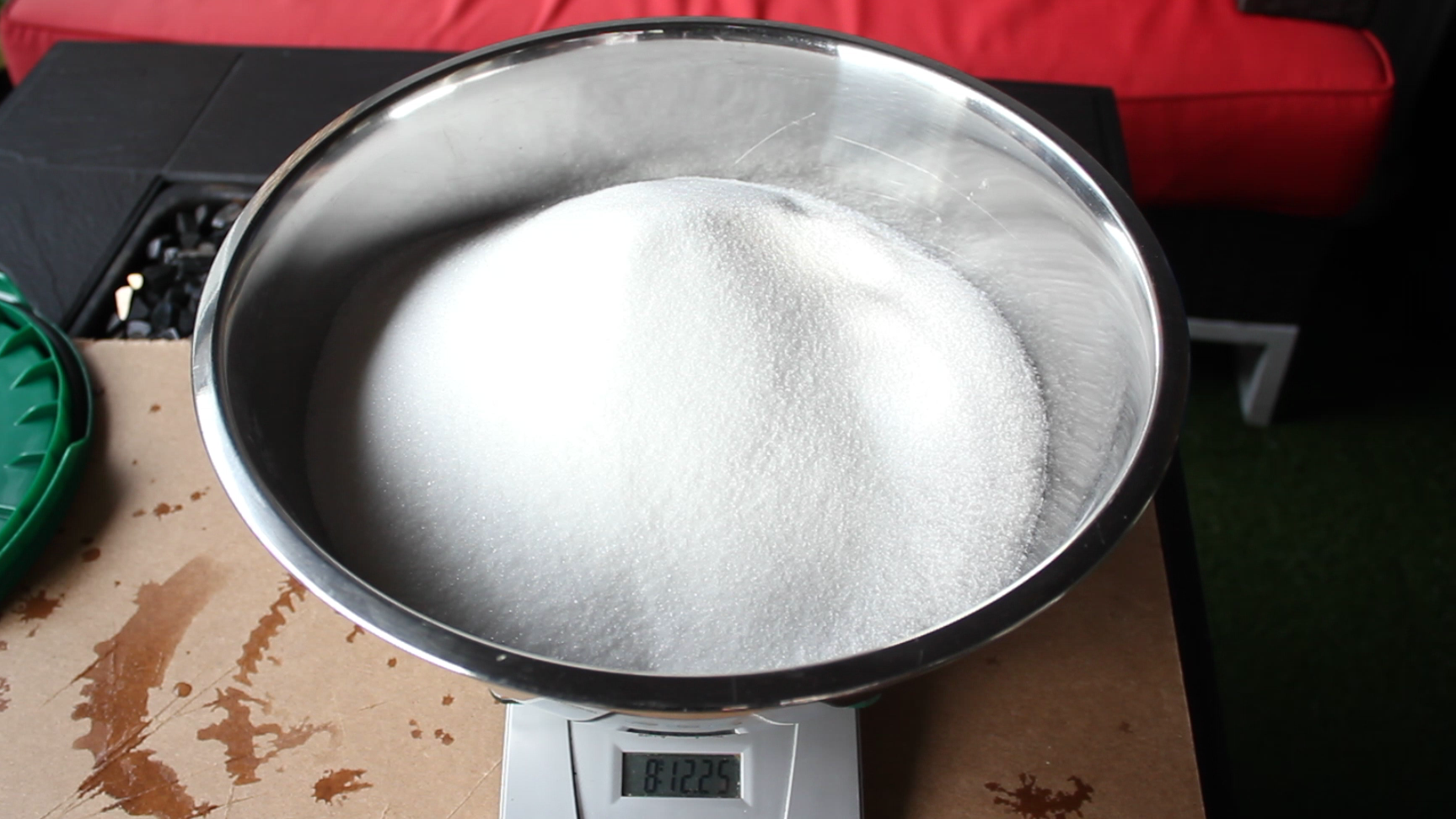 Today we’ll be ignoring conventional wisdom and designing a sugar wash from the ground up. I will continually be refining the sugar wash recipe in future posts.

I’m an all grain brewer and my sugar washes never turned out as I wanted them to. In the past, I was using winos sugar wash recipe and it was always slow to ferment and slow to clear, but I’m sure that was my fault and no the recipe itself.

I’ve been chasing the perfect neutral for years now and the more I think about it the more I think that the wash is an important, and often neglected step, in the process. Garbage in, garbage out as they say. Now it’s time for me to pay closer attention and up my sugar wash game.

There are many tried and true recipes for sugar washes out there, like tomato paste wash. There is nothing wrong with these recipes, but they all appear to use products available at your local grocery store. Bread yeast, tomato paste, sugar, and vitamins are common ingredients.

I’m approaching sugar wash from a fresh perspective. I searched the online forums and found that the ADI forum suggested using Premiere Rouge yeast for sugars wash and interestingly enough it’s used in the bio-fuel industry. Still Dragon forum talked about ph buffer design, although we won’t get to that in this post, and talked about yeast nutrients used in the beer and wine industries. I’ve used these nutrients in cider for years.

This being the first iteration of the recipe, there will be mistakes or happy accidents along the way. In future videos, I’ll be tweaking the recipe and making improvements in future iterations. This is the start of a journey and I’m not expecting to get everything perfect the first time. Perfection doesn’t exist in this world.

We’re going to sanitize everything that will touch the sugar wine.

Fill the bucket with 2.5 gallons of the hottest water we can get from the tap and dump that into our fermenter.

Grab your scale and weigh out 8 pounds and 13 ounces. Pour the sugar into the fermenter and mix it with the hot water until dissolved.

Fill your bucket with 3.5 gallons of the coldest water you can get from the tap. Fill your fermenter to about 6 gallons and give it a mix. You will have some water left over, dump it down the drain.

The final temperature came out perfectly to 24ish degrees Celsius, which is an appropriate temp for pitching yeast.

I took a sample to check the ph, turns out that my ph was about 4, but it wasn’t really. My ph strips are expired and I don’t know it yet. I didn’t give accurate readings, more on that in the next blog.

As you can see we have a specific gravity of 1.070 at that should translate to about 9-10 percent sugar wine which is exactly what I’m shooting for. You don’t want to go too high as it will stress out the yeast.

In full disclosure, I added under one-eighth of a teaspoon of Epsom salts and I’m not sure why. I think it was a force of habit.

Next is Superfood yeast nutrient which is designed for the wine and cider industry. I’m starting off with the recommended addition for white wine, which is 1 gram of superfood per liter of wine, staggered into two additions. I have about 23 liters of wash, divide that in half is 11 or 12 grams for the first addition added before the yeast. The second addition is done after 1/3 of the sugar has been converted by the yeast, at about 1.047 specific gravity.

I repeated the sugar wash recipe three more times in plastic buckets. My logic behind doing four 6 gallon batches is that I wind up doing two 12 gallon strip runs which yield approximately 6 gallons of 40% low wines which stores nicely in a glass carboy.

We are using Red Star premiere rouge also known as Pasteur Red Yeast, Davis#904, and Ethanol Red (datasheet here). My closet is typically around 25 degrees Celcius right now and the datasheet states it ferments best between 17 and 30 degrees Celcius.

We are rehydrating with 50ml of 35-degree Celsius water for 20 minutes. You’ll see it dissolves into a slurry.

I later found the spec sheet for this yeast which says you don’t need to rehydrate if you are above 20 degrees, but I know rehydrating can’t hurt and is recommended.

I took a sample right before adding the yeast. The ph and specific gravity didn’t change so we are good to go.

Next, I added the hydrated yeast to each fermenter. Added 12 drops of antifoam and gave it a mix. I MacGyver’d a blowoff tube from some beer line and a 1-gallon jug I had lying around.  I put the fermenters to rest in my closet which sits between 24 and 25 degrees Celsius. 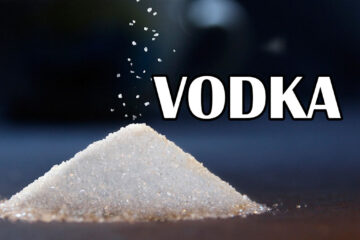 If you want to see the video from Sugar Wash Recipe Design #2 click on this link. This recipe is the same with a few slight differences. Only 1 to 2 gallons of hot water Read more… 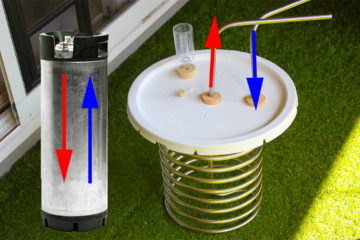 I live in a small apartment and don’t have room for a fermentation fridge. Please note, I don’t actually recommend that you build this. I will be working on better designs in the future for Read more… 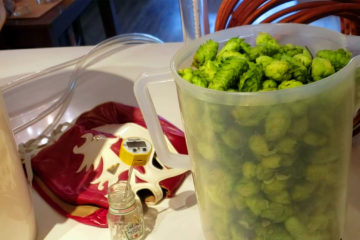 At the end of the brew day, I knew I wanted 5 gallons at 1.053 SG and knew I needed to make extra beer to account for the ‘sponge effect’ of fresh wet hops. I Read more…